I was recently asked to design a feedback board for Darlington Civic Theatre. The idea was to create a space where theatre-goers – children especially – could respond to the things they saw.

It needed to incorporate a white, wipe-clean section where theatre staff could write up regular questions, and a large blank area which would be magnetic, allowing theatre visitors to stick their answers to the question – written on luggage labels – to the board.

As well as this the board was to feature a train-station theme drawn from the theatre’s fascinating history, which saw the actors who played at the theatre in its early days brought into town on the same train that delivered the fish. Inside, the train was to carry important characters from the theatre’s history – including its Victorian founder, Signor Rino Pepi, a flamboyant Italian quick-change artist, famed for a 15-minute sketch in which he played all 7 characters – both male and female.

Also round the edge of the board there was to be an illustration representing families visiting the theatre and the stage props and luggage of the actors arriving for the latest production. Here are some of those details from the board…

And here’s the final design, which also incorporates an art-deco style frame reminiscent of the classic styling of some of the theatre’s own vintage production posters. 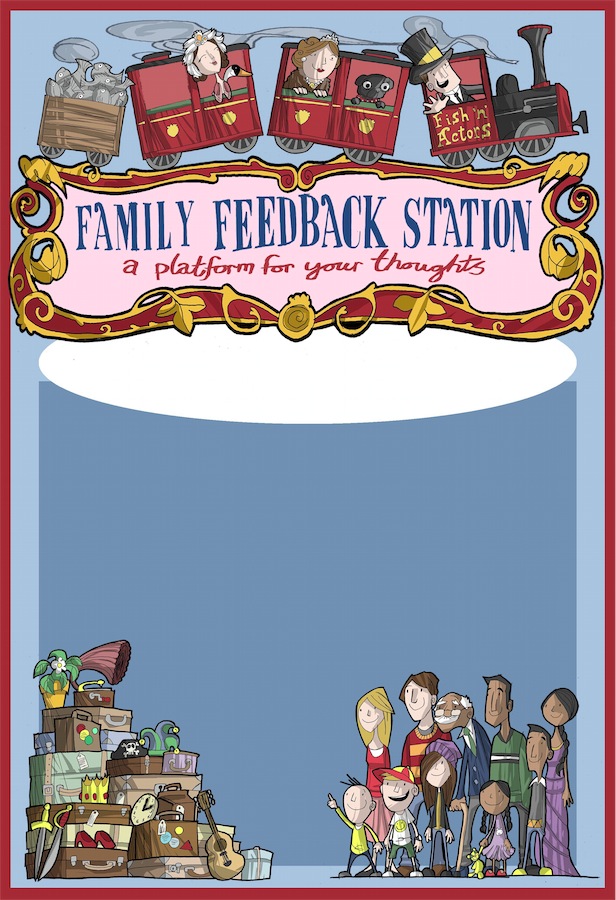 Finally, here is the board itself proudly in position, and kindly modelled by a mystery member of the theatre staff… 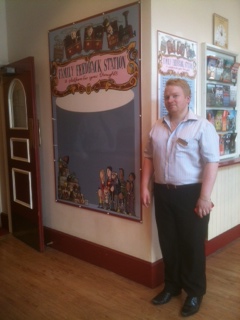 I am an illustrator who works mostly in acrylic, watercolour, pencil and ink, and collage. I like to create pictures that look homemade and write stories that deal with the kinds of things that preoccupy you when you’re little. View all posts by samzuppardi

4 thoughts on “All Aboard – Darlington Civic Theatre”