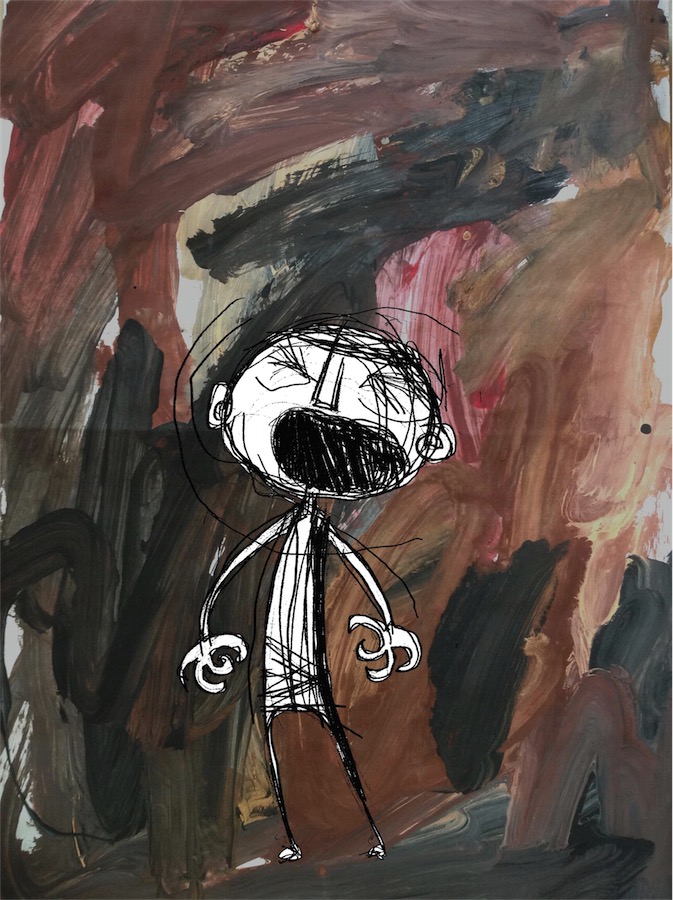 I found this evocative sheet of angry looking paint, done by the child of some friends of mine. I added the shouting figure, but the paint itself is so expressive it barely needs anything added to it to get across that sense of something dark and frenzied and tumultuous.

A little story about how this picture came about:

Not long ago I was having lunch with a friend of mine and on the wall opposite me in the café we were in there was a set of three framed pictures. Two depicted rustic vegetables – a carrot and a potato – drawn in a stylised way. But the third featured this odd balloon-man, with a little pointy hat, who seemed totally out of kilter with the otherwise vegetably theme. I was kind of fascinated by this mismatch, trying to work out what the connection might be, or why anyone would decide to create a set of three pictures like this, racking my brains for any cultural references that might link vegetables and balloon-men satisfactorily. I could not come up with anything.

When we got up to leave I took a closer look and it became clear. The balloon-man was no balloon-man at all. He was an onion. It all made sense: three vegetables – carrot, potato, onion. But in my mind’s eye I could still see the strange character I had originally noticed. So I went home and drew him.

It got me thinking about how inspiration can sometimes be found in the things you don’t see first time, the mismatches and the misunderstandings, the illogical gaps between sense and coherence, those strange moments when our minds trip us over and momentarily lead us somewhere a little odd.

I drew these robots for a Christmas present. 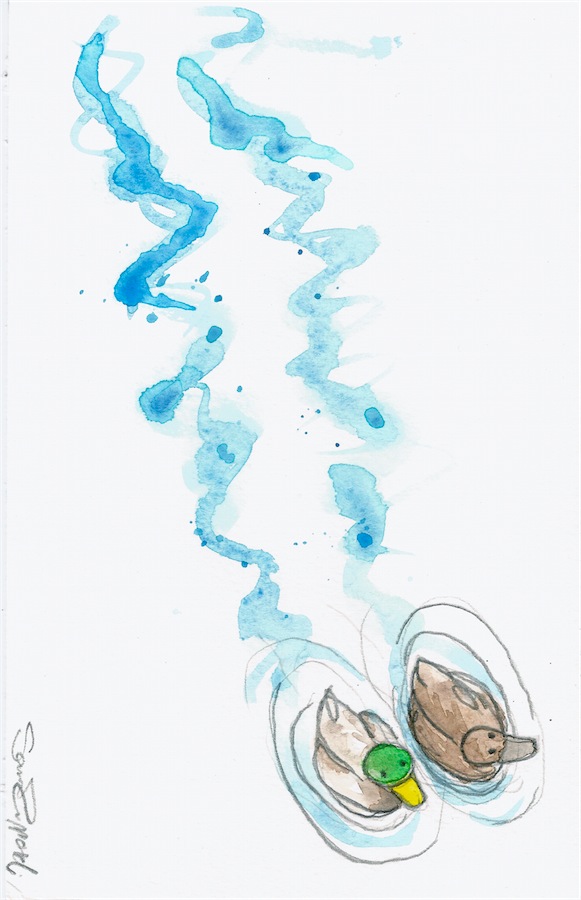