Last week I went to see BalletLORENT’s production of Rumpelstiltskin at Northern Stage in Newcastle. It follows Rapunzel and Snow White, both of which I have written about previously on this blog. I was lucky enough to be involved with providing some illustrations for Snow White, and did the same again for Rumpelstilstkin. Below is the cover design I made for the storybook section of the theatre programme.

The show itself was, as with the others, something very special. While Snow White focused in on the relationship between a mother and daughter, Rumpelstiltskin in this retelling by Carol Ann Duffy, has at its centre the bond between a father and son. This Rumpelstilstkin is a very different kind of character to the sinister sprite we are traditionally more familiar with. In this retelling he is a misunderstood youth, mistrusted and ostracised but essentially goodhearted. It allows for some clever playing with the traditional story and lends a new energy and warmth to the tale, which is more than matched by the energy of the performers. As ever dance, music, lighting and narration combine to mesmeric effect and there are some lovely distinctive visual touches. I especially liked the king, whose grief for his dead wife is embodied by a giant bobbin he hauls around with him, a huge weight he appears unable and unwilling to give up. Performers of all ages, from the very young to the old, feature in the show’s exuberant crowd scenes, which are a feast for the eyes, with so much going on I got the feeling I could watch it again and again and notice something different each time.

The only disappointing thing about it is that it is the last of balletLORENT’s fairytale trilogy, it’s been a fantastic trio of innovative and original theatre pieces and I am so glad I caught them.

Rumpelstiltskin is touring next year, I’d highly recommend it.

I’ve completely overhauled my blog and website with a nice new dash of digital paint, brightening them up and generally making them more inviting and accessible. Head on over to samzuppardi.com to take a look.

There are some brand new pictures in the black and white gallery, including the steampunky one below. Thanks to Nic Zuppardi for the helping hand in getting everything up and running!

This is the teaser image I’ve provided for BalletLORENT, the dance company I was lucky enough to work with on their production of Snow White, who are completing their trilogy gothic fairy tales with Rumpelstiltskin, premiering this October.

On 20th February they are holding a fundraising event for their community cast project, which is all about getting children and older people involved in theatre. Further details and tickets are available here.

The whole production is in its early stages and it’s going to be very exciting to see how it unfolds and what the company do with the story, and the Rumpelstiltskin character… I, for one, cannot wait.

I moved house recently and so this T-Shirt from Atlanta’s ACT1 Theatre group, whose production of ‘Once Upon A Mattress’ last year featured my Princess and the Pea image for their poster and publicity materials, has only just caught up with me in the post.

Thanks so much to the group for sending this over, and for inviting me to be a small part of the production.

I was delighted to find out this week that Nobody’s Perfect has won the award for best picture book at the Tybee Island Book Festival. A huge thank you to the judges!

York Literature Festival kicks off in March and the programme launch party was this weekend. I was invited along to do some free-style sketching throughout an evening of poetry and music from a host of local talent. It was a great, varied night, with the poems being performed providing plenty of inspiration for off-the-cuff cartoons. Below are some of my sketches from the evening, you can see my pen progressively running out as the night progressed. Apologies to anyone whose names I’ve spelt wrong (or missed altogether), thank you for sharing your poems! 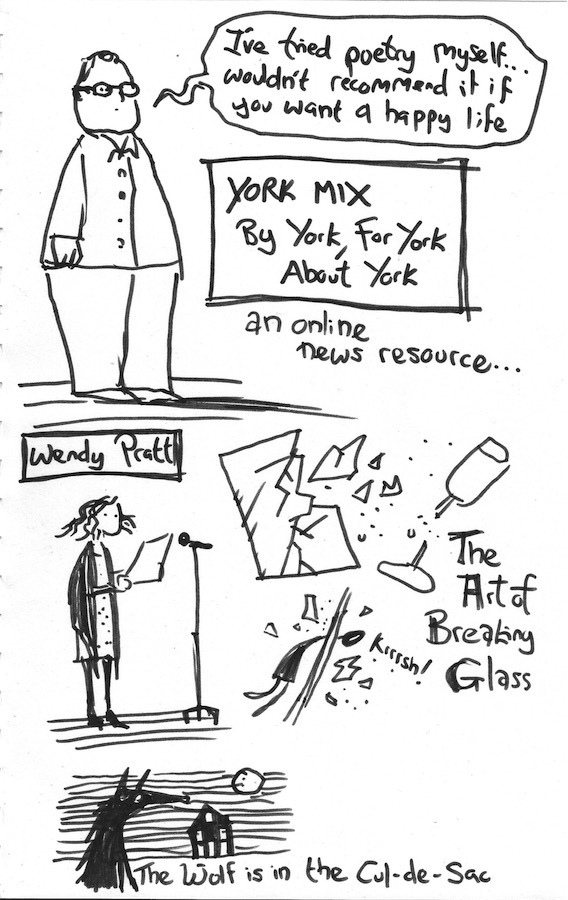 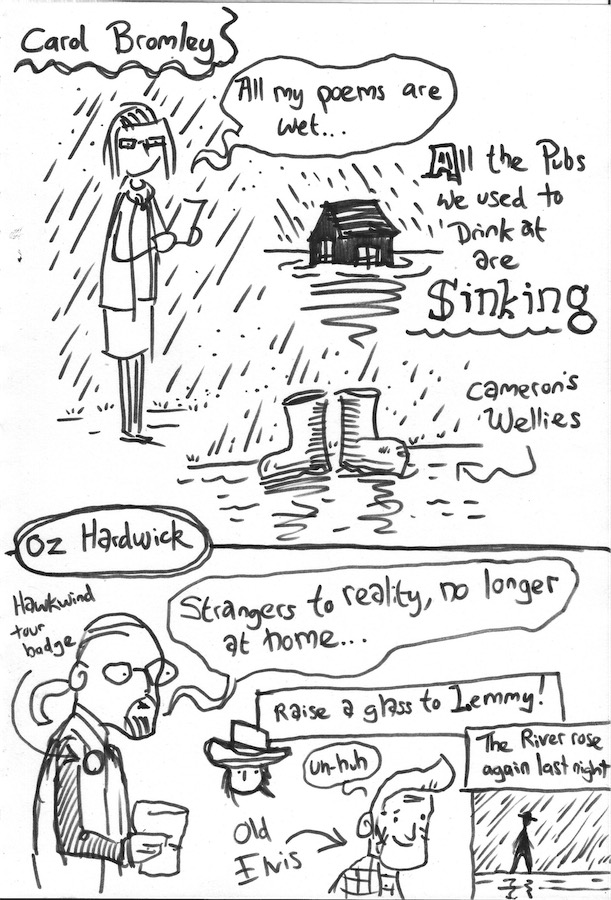 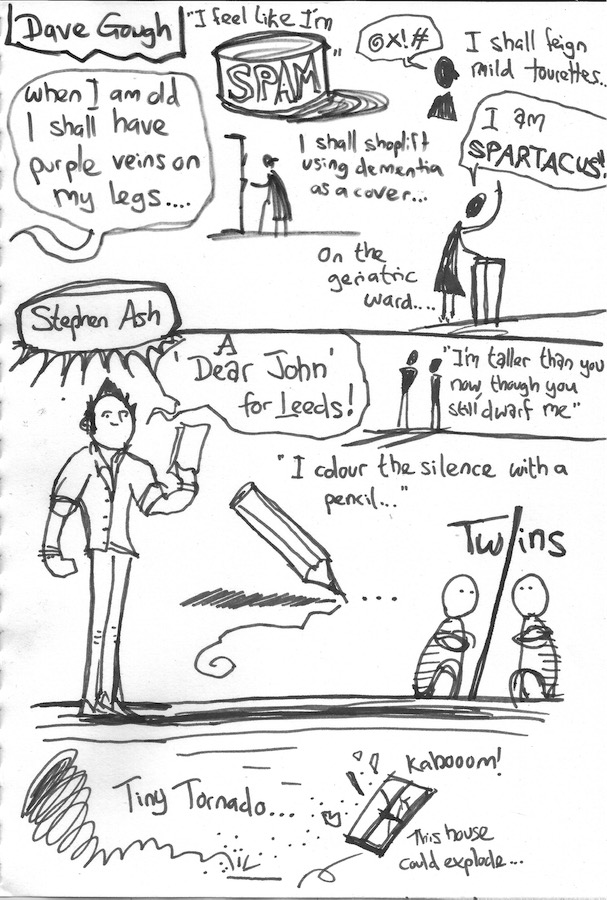