‘Time and again Beowulf’s warriors… kept striking out on every side… When they joined the struggle there was something they could not have known at the time, that no blade on earth, no blacksmith’s art could ever damage their demon opponent.’

Last week I went to see BalletLORENT’s production of Rumpelstiltskin at Northern Stage in Newcastle. It follows Rapunzel and Snow White, both of which I have written about previously on this blog. I was lucky enough to be involved with providing some illustrations for Snow White, and did the same again for Rumpelstilstkin. Below is the cover design I made for the storybook section of the theatre programme.

The show itself was, as with the others, something very special. While Snow White focused in on the relationship between a mother and daughter, Rumpelstiltskin in this retelling by Carol Ann Duffy, has at its centre the bond between a father and son. This Rumpelstilstkin is a very different kind of character to the sinister sprite we are traditionally more familiar with. In this retelling he is a misunderstood youth, mistrusted and ostracised but essentially goodhearted. It allows for some clever playing with the traditional story and lends a new energy and warmth to the tale, which is more than matched by the energy of the performers. As ever dance, music, lighting and narration combine to mesmeric effect and there are some lovely distinctive visual touches. I especially liked the king, whose grief for his dead wife is embodied by a giant bobbin he hauls around with him, a huge weight he appears unable and unwilling to give up. Performers of all ages, from the very young to the old, feature in the show’s exuberant crowd scenes, which are a feast for the eyes, with so much going on I got the feeling I could watch it again and again and notice something different each time.

The only disappointing thing about it is that it is the last of balletLORENT’s fairytale trilogy, it’s been a fantastic trio of innovative and original theatre pieces and I am so glad I caught them.

Rumpelstiltskin is touring next year, I’d highly recommend it. 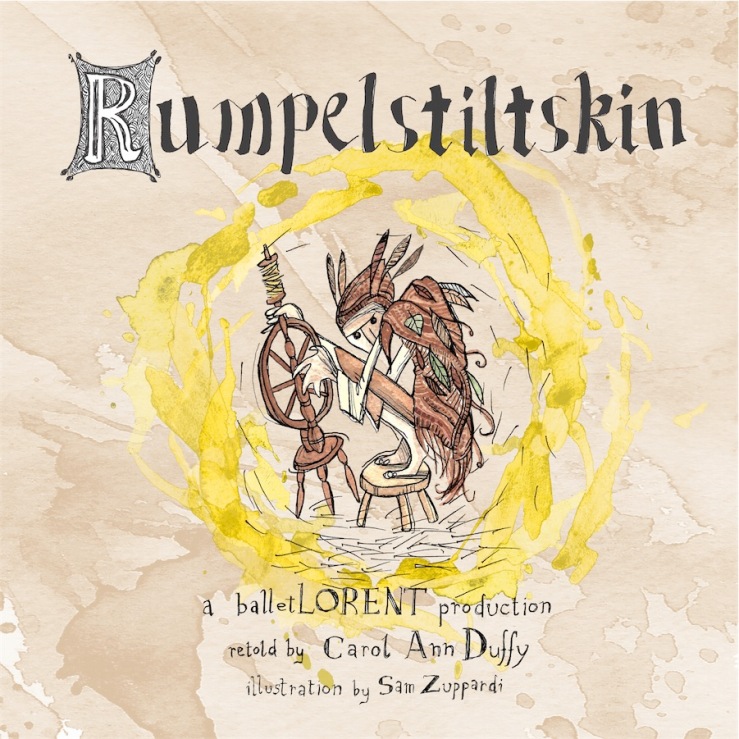 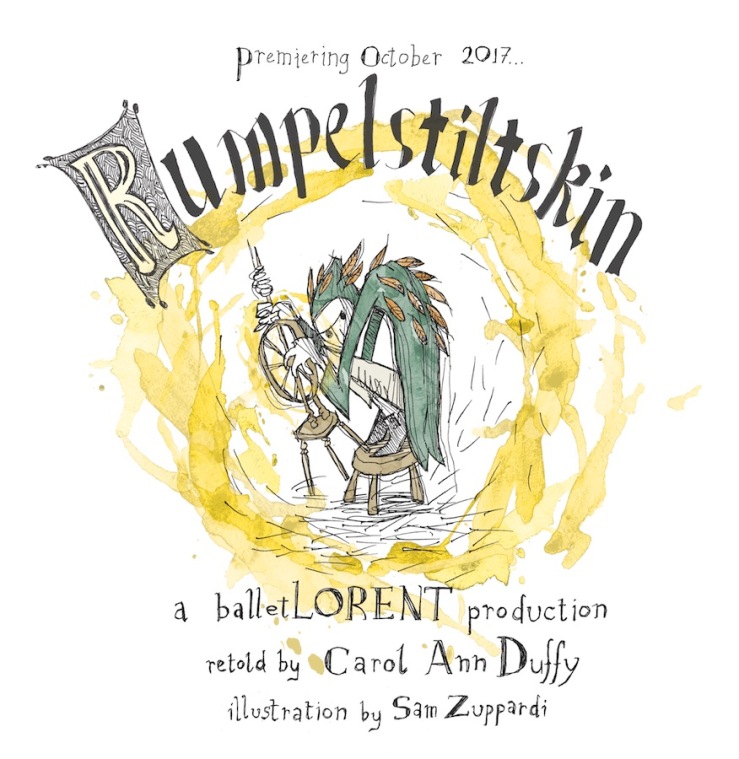 This is the teaser image I’ve provided for BalletLORENT, the dance company I was lucky enough to work with on their production of Snow White, who are completing their trilogy gothic fairy tales with Rumpelstiltskin, premiering this October.

On 20th February they are holding a fundraising event for their community cast project, which is all about getting children and older people involved in theatre. Further details and tickets are available here.

The whole production is in its early stages and it’s going to be very exciting to see how it unfolds and what the company do with the story, and the Rumpelstiltskin character… I, for one, cannot wait.

I moved house recently and so this T-Shirt from Atlanta’s ACT1 Theatre group, whose production of ‘Once Upon A Mattress’ last year featured my Princess and the Pea image for their poster and publicity materials, has only just caught up with me in the post.

Thanks so much to the group for sending this over, and for inviting me to be a small part of the production.

This was my entry for the recent Tomie de Paola competition, which runs annually. This year’s task was to illustrate a passage from Philip Pullman’s  retelling of Little Red Riding Hood, with a specific focus on how to visualise a very well-known main character in a new or unique way.

I wanted a confident Red Riding Hood, boldly stepping out towards the forest, reassuring her mother she’ll be fine. The dark shadow behind the door hints at some of the darkness she’ll encounter later. I aimed for a zig-zag feel to the composition overall, echoing the twists and turns of the path through the woods – and of the story itself. Finally, because red is such a strong and familiar colour in this story, I made my picture black and white, just to be contrary.

What’s really interesting is the wealth of interpretations that were submitted, all of which can be seen in the online competition gallery. So many different ways of presenting a familiar character and situation, it’s fascinating to see where these images cross-over and where they are diverge. The winning entries can be viewed here.

A couple of years ago I saw an amazing production of Rapunzel by dance company balletLORENT, at Newcastle’s Northern Stage theatre. I was so inspired I went home and drew these pictures.

So I was hugely excited to learn recently that it was the first part of a proposed trilogy of fairytale adaptations, and that the next one – Snow White – was touring soon. I was even more excited when the company contacted me and asked if I would like to attend a preview performance and do a couple of illustrations for their programme.

With sketchpad and pencils I went along last Friday and was spoilt for choice in terms of arresting images to draw. balletLORENT’s Snow White – in a clever retelling by Carol Ann Duffy – is a powerful, visceral experience that uses a mesmerising mix of music and dance to tap into something primal and highly emotive.

Like Rapunzel before it, it is dark and evocative and not short of the distinctive visual flourishes that made that production so hauntingly memorable. No bumbling, cuddly dwarves here, instead a gaggle of gangly, sharp-edged miners, twisted and bent out of shape through years of toiling in the mines. Beautifully choreographed and performed, I think their scenes were my stand-out moments.

But there was no shortage to choose from – like the wild and seriously monstrous woods, the haunting magic mirror or the ongoing dance between Snow White and her mother, slowly soured by envy. I should also mention the stonking soundtrack by Murray Gold, which, interwoven with Lindsay Duncan’s elegant narration, holds everything together and ensures you can feel the beat of the dance in your very bones. The show opens 16th October and tours through the winter. I strongly urge you to catch it. The programme’s not bad either.