I drew these robots for a Christmas present.

The third and final instalment from the Museum of Childhood in Edinburgh. This week – a couple of glum dolls. 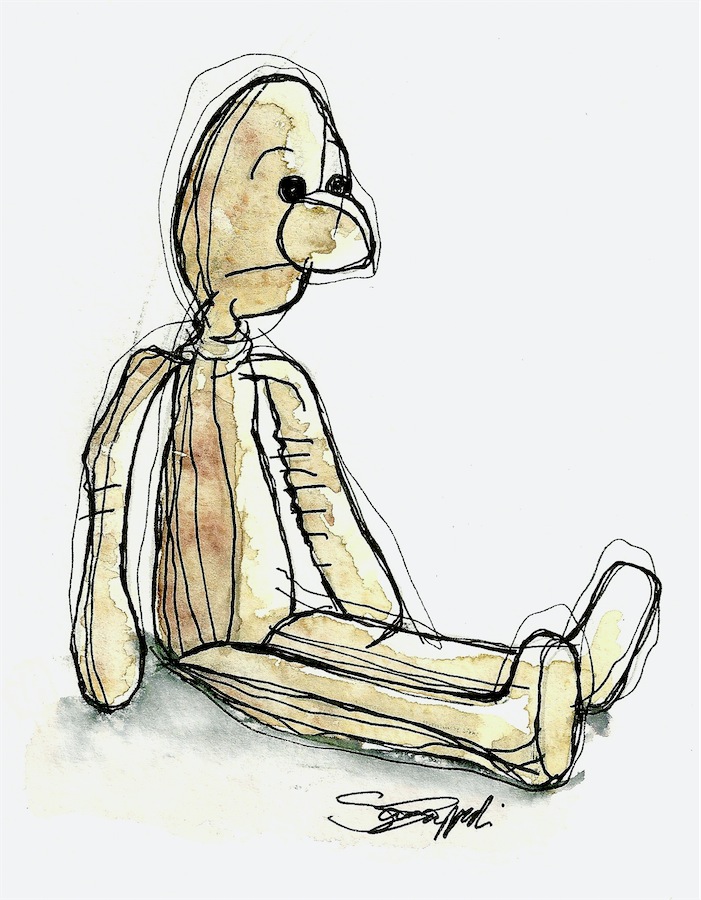 This one was so odd, it wasn’t clear what he was supposed to be, and he had this expression of total bewilderment, as if surprised at how he’d turned out – perhaps wondering if he was exactly what had been intended. 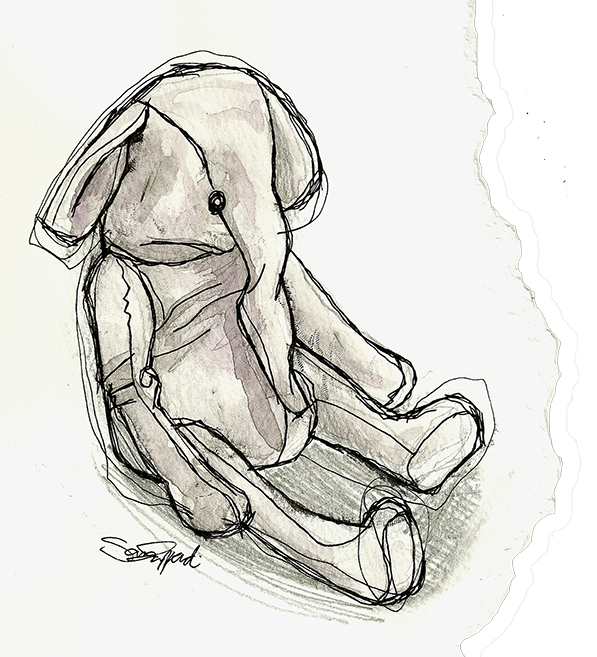 There was something really settled and comfortable about this elephant, like it had flopped into place and would not be moving any time soon. The kind of going-nowhere position you only really get to adopt on Sunday afternoons. It was a shame it didn’t look happier though.

A couple more dolls from the museum. This week – scary ones.

This was a nightmare doll – genuinely one of the most frightening baby dolls I think I’ve ever seen. The sketch barely captures it. Something about the huge billowing gown made it look like it was floating demonically, and it’s tiny little head seemed all out of proportion. The idea of putting this in a baby’s cradle sends shivers down my spine.

This one is perhaps not scary as such, more halfway between poignant and unsettling: it was an animal bone wrapped in a cloth. This was a doll stripped of all superfluous elements and reduced to the most basic elements of symbolic association. Somewhere a child without a ‘proper’ doll had turned this into their toy. It seemed a striking example of childhood’s ability to look beyond surface and the superficial trappings of appearance  and find a symbolic resonance in the most mundane of objects – using whatever might be to hand. The doll itself seemed at once immensely enigmatic, as well as full of pathos and a with hint of the macabre – for me it was perhaps the most affecting doll of them all.

Last time I was in Edinburgh I happily chanced across a place called The Museum of Childhood, which turned out to be quite amazing inside. It was free to get in and I’d somehow expected a rather sorry single room of lacklustre knick-knacks. Instead, there was room upon room of all manner of ephemera relating to childhood – not least a ton of old toys. My favourite room was packed with shelf after shelf of dolls of all shapes and sizes – about 90% of them horribly sinister. I was inspired to do some sketching of my favourites, some of which I later painted, and which I hope to share with you over the coming weeks.

This doll was apparently of a standard type known as the ‘Queen Anne Doll.’ It looked battered, dishevelled and so thoroughly unimpressed I was inspired to draw it. I love the way toys like this, designed to evoke childhood play and to be companions for children, appear so cynical, unfriendly and all-round fed up. I think it’s this strange and often inadvertent  balance between the friendly and the sinister that I find so appealing about dolls. It’s as though their maker had one role in mind for them, but in the course of being made and being out in the world they have somehow taken on their own, very different character. 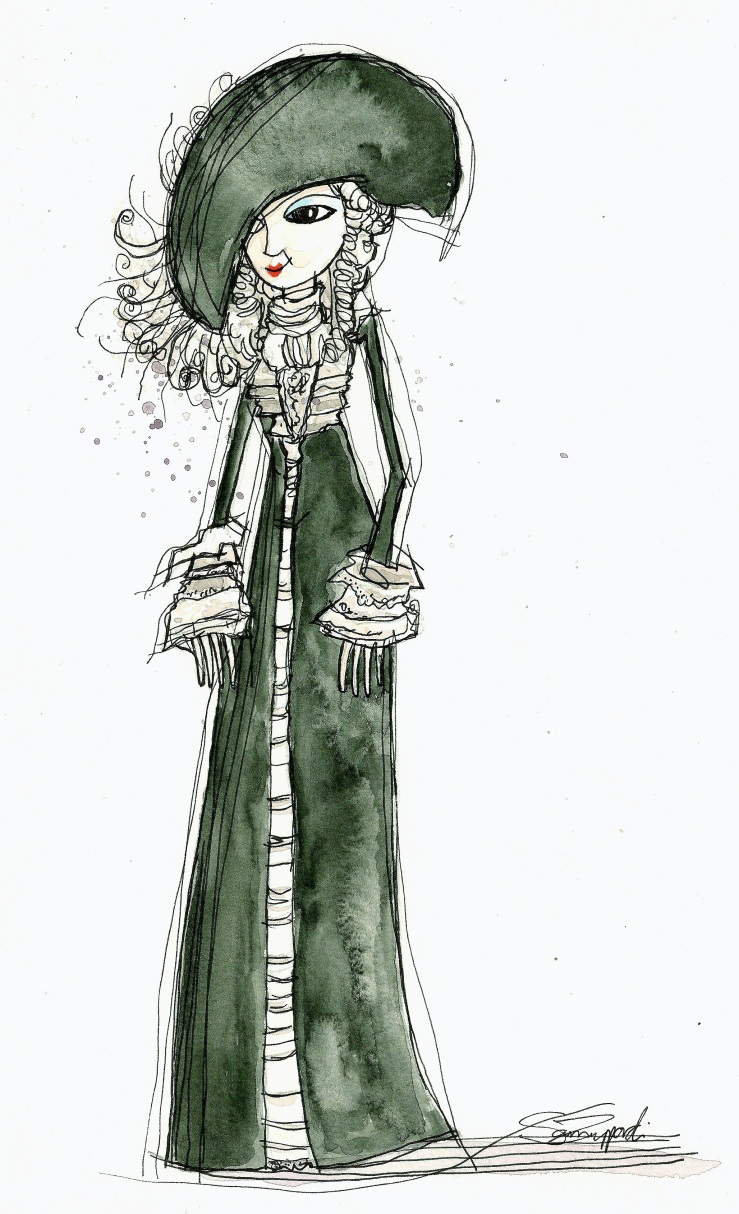 I couldn’t work out what this doll was supposed to be dressed as or why, but it seemed as though, as a character, she would have an intriguing and mysterious story behind her. Again, she was half sinister, half appealing.